Here in the 275., we suit our impressions to meet the needs of various event timelines. Our main area of experise is Normandy-Aachen, since this is what the majority of reenactment events are themed. Over time we will update this page with more and more of our impressions. Check back often!

984. Grenadier Regiment in the Hurtgen Forest

The Hurtgen Forest was known by all involved as the most brutal campaign of the war. It was where the 28th Infantry Division earned the title "Bloody Buckets", and it was where several US and German divisions reported casualty rates over 100 percent. Despite these statistics, the history of the Hell which was the Hurtgen Forest campaign is largely forgotten in history books.

The Hurtgen Forest impression we portray can take many shapes because of the many types of uniforms seen in the campaign. Mixing and matching of uniform pieces is encouraged as this is what is seen often in original photos. 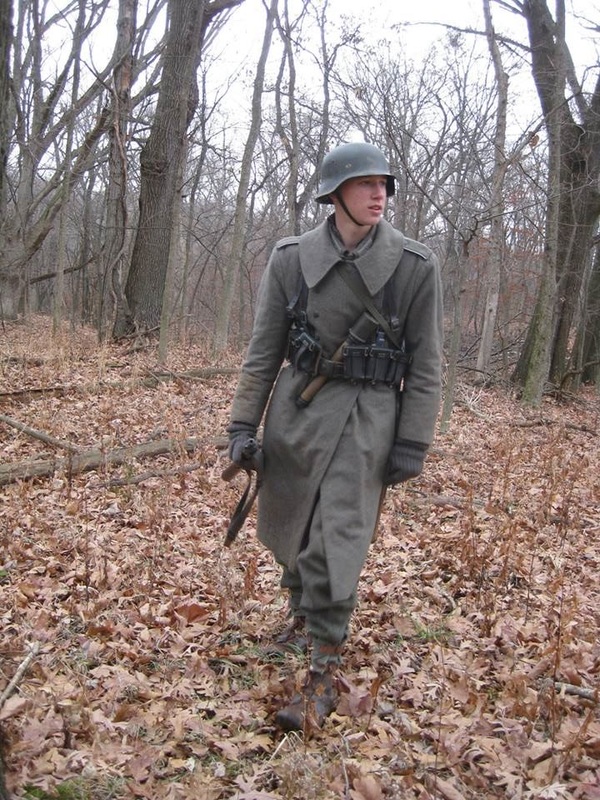 Here, Grenadier Alois Klein shows off one of a few uniform variations proper for this campaign. He wears the basic winter uniform consisting of his M42 Mantel, knit wool gloves,  and knit sweater. A scarf or neck toque would also often be added. 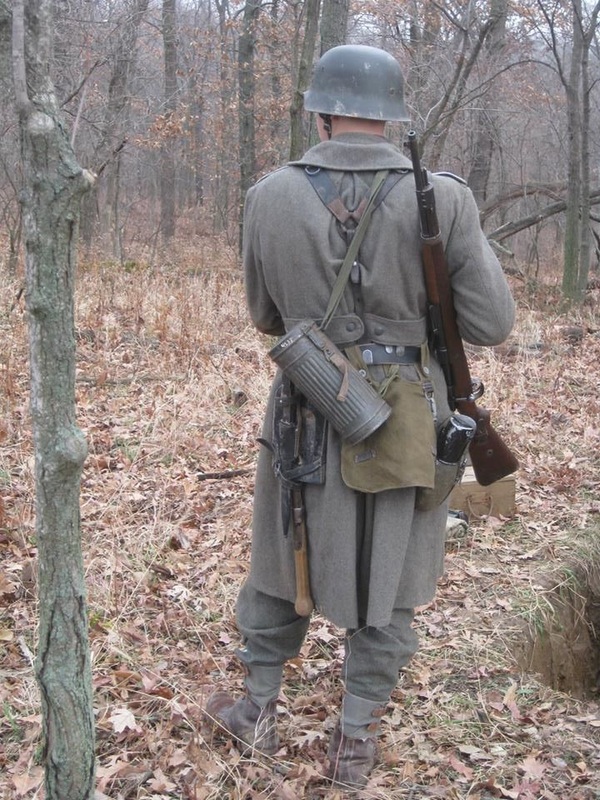 Here you can see that Alois wears the same basic fieldgear configuration as is standard. 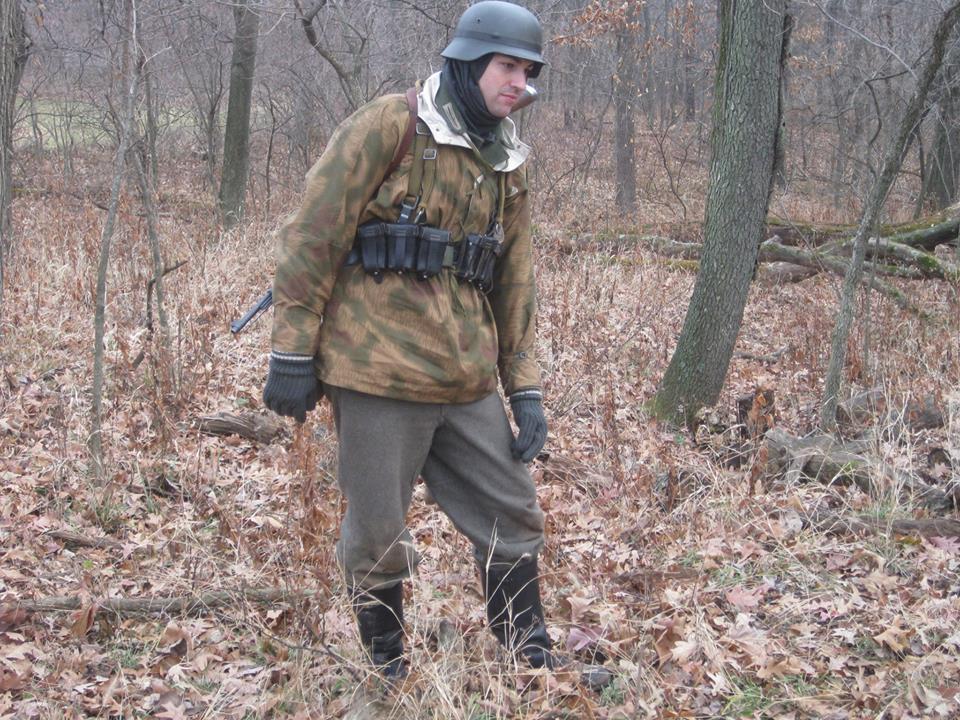 Grenadier Klaus Heisler demonstrates the wear of a Sumpfmuster hooded smock. A veteran of earlier campaigns, he retains his jackboots. He wears standard infantryman's equipment and his knit wool gloves.  He wears the neck toque to keep his ears and neck warm in the cold winter air. 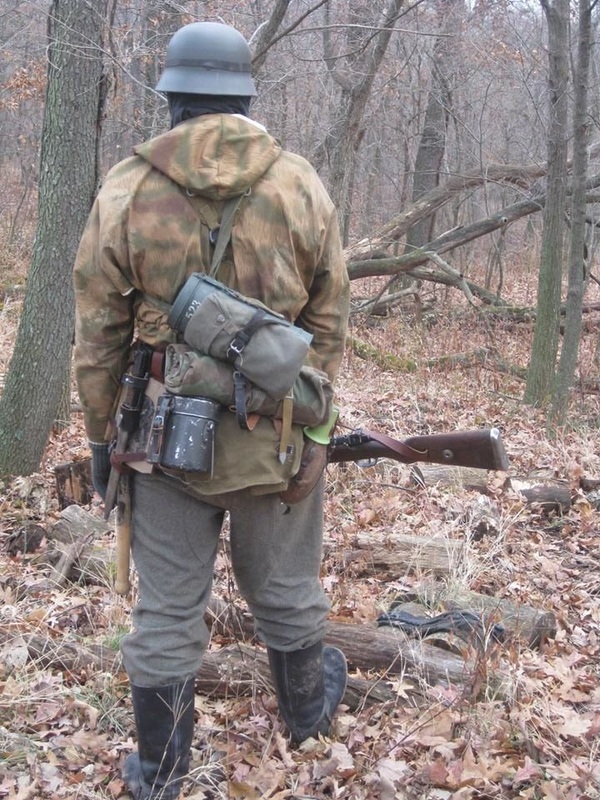 A photo of Klaus' equipment shows it's late war cobbled-together appearance. He has a mix of leather and web equipment straps, a late war Pressstoff entrenching tool carrier, and a lime-green variant bakelite canteen cup. Clearly visible is the hood of the smock which was designed to fit over the stahlhelm if need arise. 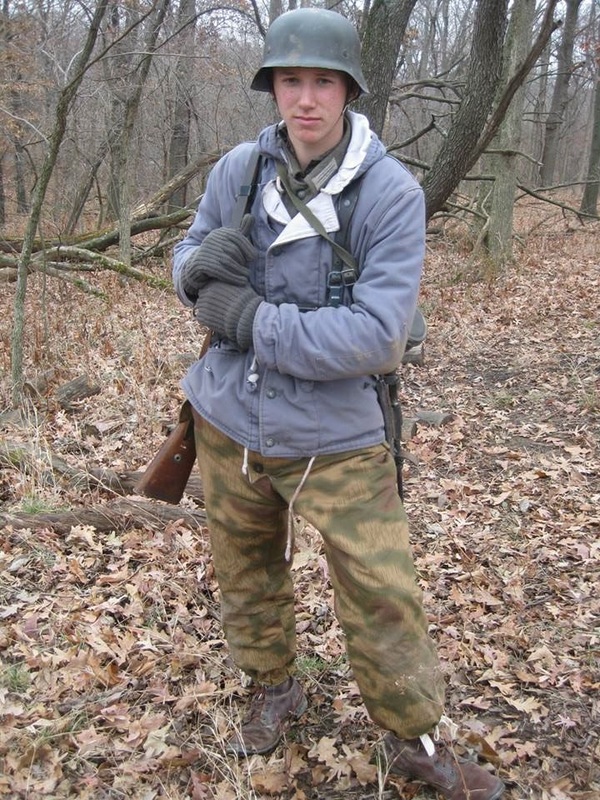 The padded winter uniform was cherished by those who received it. It came in three main camouflage patterns, Splinter A, Sumpfmuster, and Mouse Gray. Issue of this item was sporadic and irregular, so it was common to see a mix of patterns on one soldat. Alois wears the Mouse Gray parka with the Sumpfmuster trousers. This uniform allowed for fantastic insulation against the cold as well as offered much better combat maneuverability over the traditional Mantel. 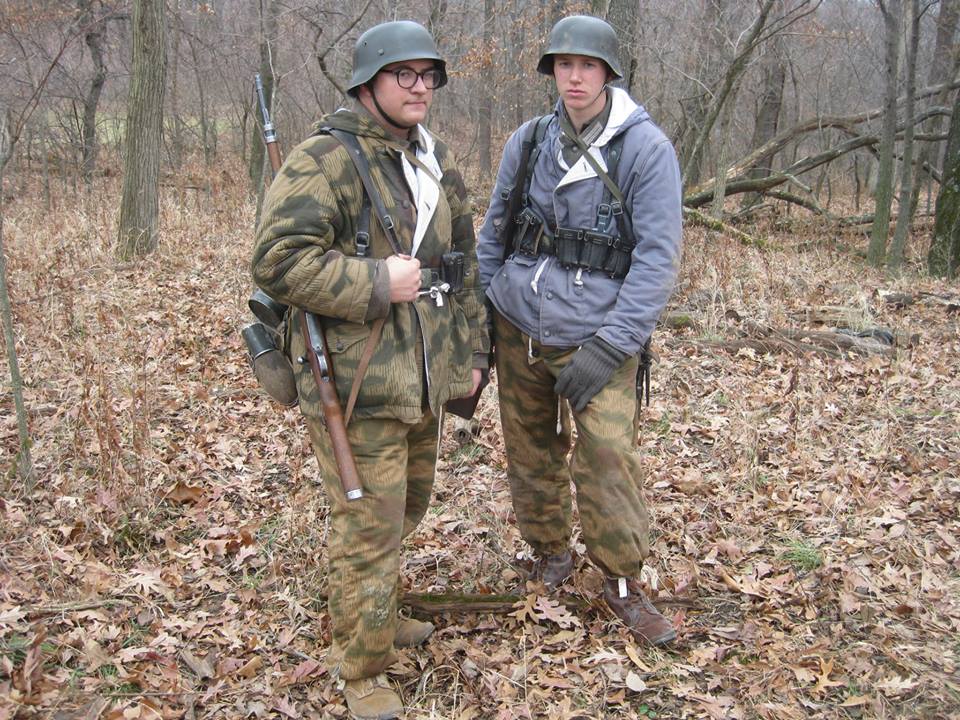 Alois is seen here again with his Kamerad Grenadier Dietrich Lang who wears a parka set of only Sumpfmuster pieces. Dietrich wears period correct bakelite rimmed glasses as is seen in many late war photographs. Both soldaten are armed with Kar98k rifles- the standard weapon of the German Army as well as a crucial required piece of the 275. Infanterie's impression. 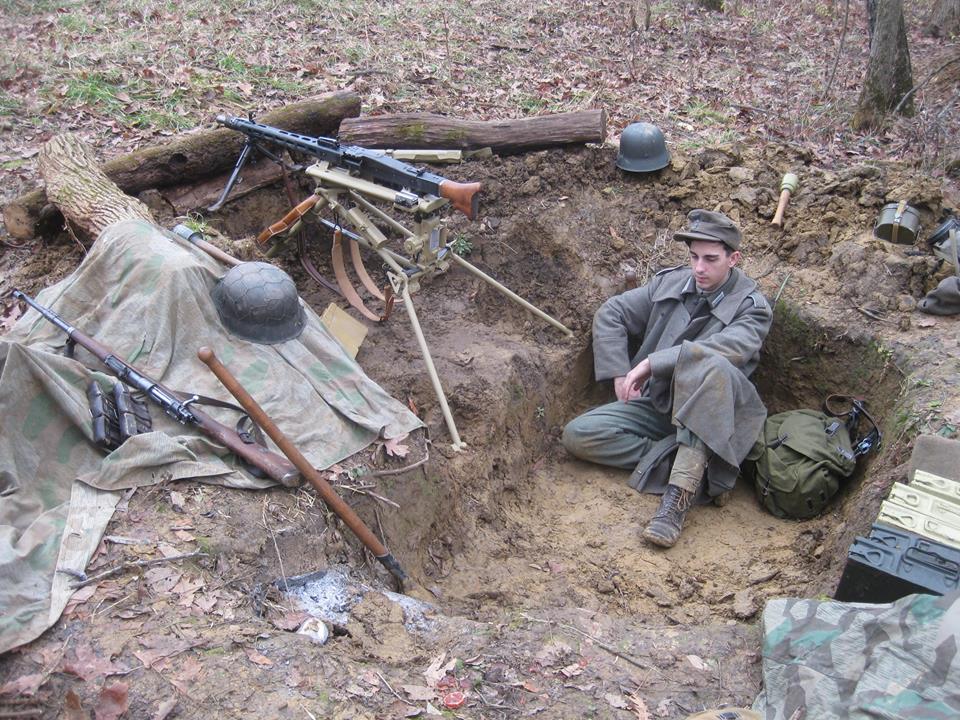 CHECK back often to see more impressions added to the page!